Nomura International plc (NIP), our UK subsidiary, was awarded the Chairman's Cup at the City of London 2015 Clean City Awards.

The aim of these awards is to develop partnerships with companies that have offices located in the City of London by raising the profile of responsible waste management and encouraging and rewarding corporate 3R (reduce, reuse, recycle) initiatives.

Of the more than 130 companies that take part, NIP has won the platinum award since 2006 and receives high praise every year. In 2012, NIP became the first Japanese company to win the premier award and now only the second company to win this prestigious award twice. NIP has also hosted the City of London best practice meetings to support the scheme. 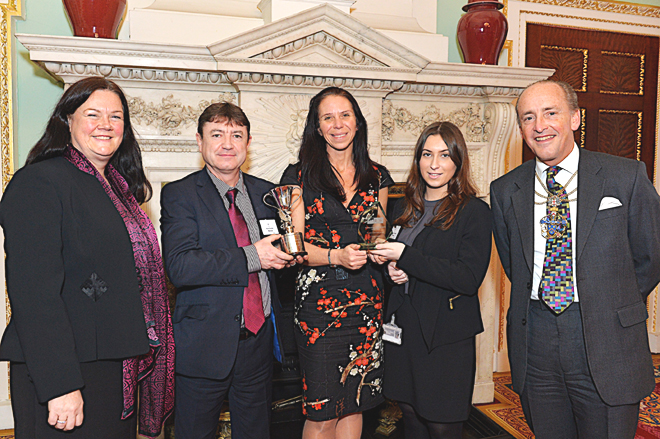